The Monster Max Scoop Coater is a 100% metal scoop coater with fully adjustable end caps. Among its many innovations are the metal end caps that are secured to the trowel with stainless steel screws. The metal end caps can be quickly adjusted, providing the ability to precisely regulate the application of emulsion to thicknesses up to 3/16" of an inch. End caps are precision laser cut out of 16 gage stainless steel and allow "home-made" thick film stencils to be created inexpensively using regular emulsion. The end cap configuration also greatly reduces emulsion streaks that occur at both sides of a coated screen. This saves emulsion and reduces reclaim time. And because the end caps are held on with screws, they stay on unless you want them to come off.

Thank you for submitting a review!

Your input is very much appreciated. Share it with your friends so they can enjoy it too!

FacebookTwitter
Be the first to review this item
Filter Reviews:
×
Clear filter
More Filters
A
07/09/2020
Anonymous

It worked perfectly and is really heavy duty. 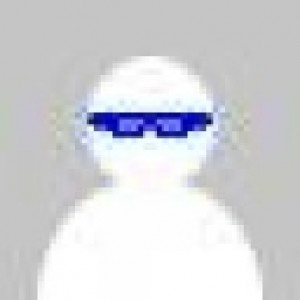 First, I'm not sure why these don't ship pre-assembled. Second, I popped the first screen since the metal end-cap was slightly lower than edge of coating edge. Not enough adjustment to remove sharp point. Now the coater is in corner collecting dust. I've had numerous coaters over the years and am going back to the Sefar.

Assembly was a relative breeze with easy to follow directions. There are a couple of key points - make sure the end caps are above the edges of the scoop, only unscrew the screws a couple of turns, I used Ryonet green screen tape to create the gap instead of painters tape - but it went together relatively easily. Assembly wasn't all that different than the standard Ryonet scoop coater with plastic end caps. What I do like about this one though is how easy it is to grip. I coated 10 screens tonight and they came out looking like glass - with no runs, drips, or errors. I was expecting less based on other reviews but was pleasantly surprised by the quality of the coat. I'm a believer... its now my go to scoop coater.

I don't leave reviews, but just finished using this product and feel the need to. Works fine, gets the job done, yadda yadda. Annoying part? The thing isn't even assembled and assembly is super annoying to have to do for it. So the line of "Among its many innovations are the metal end caps that are secured to the trowel with stainless steel screws" isn't correct until you put it together yourself. And with the tiny Philips head screws and holes that aren't even threaded, it's annoying and shouldn't need to be. Other than that, the product works as intended. But Ryonet/Screenprinting.com, friggin assemble the piece. You mailed it with a piece of sandpaper telling me to sand any burs off that shouldn't even be there in the first place with the "End caps are precision laser cut out of 16 gage stainless steel". Just put it together in the future.

Added to your cart: